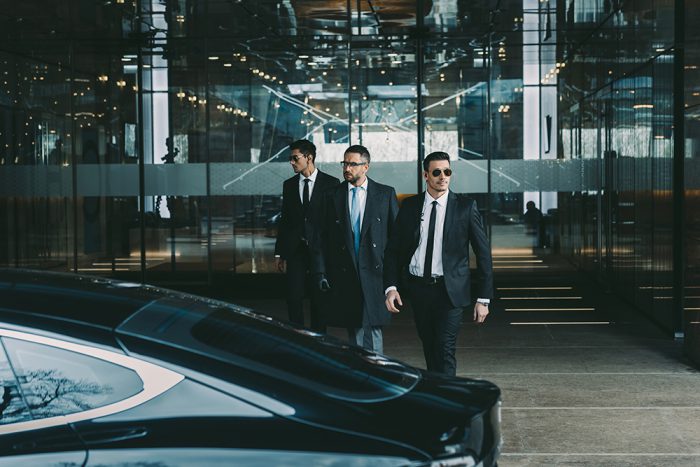 My name is Ray Mason; I set up Centurion Guards to offer executive levels of security to the most successful people across London, UK and EU. I’m a security professional with over three decades of experience supplying security solutions.

A very keen driver who passed my manual UK driving test and the IAM (Institute of Advanced Motorists) tests at the first time of trying. Trained in anti-ambush and anti-kidnap driver techniques as part of my Close Protection (Body Guard) training.

Over a period of 11 years, I was the head of security for a large church in Walthamstow, East London. It was the most diverse use of my security experience I’ve had to employ to date. It included door supervision, close protection, crowd control, cash in transit, event security and VIP transportation.

In 2008 the then president of the USA George W. Bush was visiting Bagdad, Iraq when a very irate reporter stood up during the televised talk and was able to throw not one but two shoes at President Bush. I was surprised at this because during my 11 years volunteering my security expertise to a large charity in Walthamstow.

I put various security procedures in place, one of which was that whenever a speaker is giving an address to any size crowd. There has to be at least 1 security member who has to face the group and is always closer to the speaker than the closest audience member is. So, if any of these types of incidents occur, this lead security member would be able to see the perpetrator and be in the position to block the attack.

In 2014 a “jogger” made a beeline for our then Prime Minister David Cameron, the PM was the first person to see him, and the CPO (close protection officer) behind the PM only saw the guy once he had his hands on the PM. The other CPO’s were in la la land and didn’t notice anything.

If this is the level of security given to the most powerful men on earth? I could see that there must be many people who would appreciate bodyguards who are up to the job of providing effective security. That not only look the part but will see and deal with any threats.

Over my time in security several things became clear to me:

I have a basic rule before I hire any security staff, if I wouldn’t trust the safety of my family in their hands, I won’t hire them.